The focus of the Phantom Services Anti-Poaching Initiative is to partner with established organizations across Africa to provide advanced technology, special protective equipment, training, surveillance, and tactical resources needed to enhance the effectiveness of their current anti-poaching programs.

The following presentation is a general overview of the technologies, resources, and training that will be made available to support the selected organizations.

Across much of Africa, anti-poaching tactics have remained largely unchanged for decades. Small groups of under-trained and poorly equipped rangers are sent out for days on end to conduct patrols in remote and dangerous locations. Modern-day poachers, backed by organized crime syndicates, have evolved and routinely utilize military tactics and equipment to kill high-target species, such as elephants, rhinos, and gorillas. In the cross-fire, rangers are also killed.

The illegal wildlife trade is worth tens of billions of dollars each year and dramatically impacts legally operating businesses and tourism worldwide. 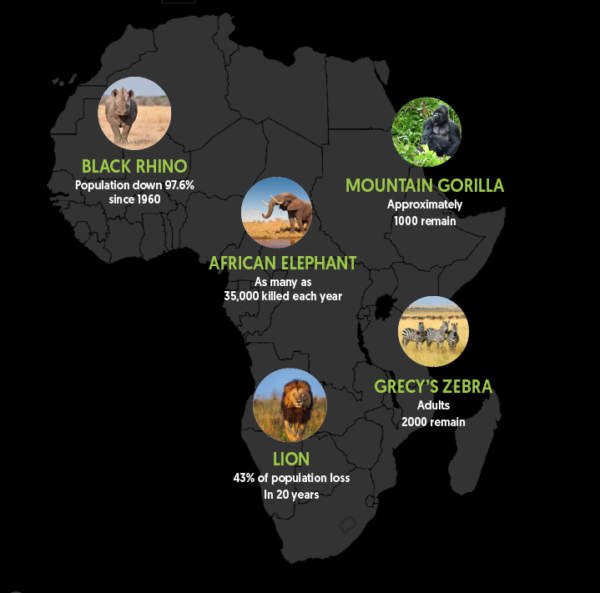